Irina Shayk, a star of the global modelling scene, can be seen in a photograph taken on New York streets wearing clothes from the reactivated brand Rage Age. The supermodel had on a dress of the spring-summer 2022 collection.

Irina Shayk – one of the world’s top rated models – was captured in a snapshot taken on New York streets wearing a black total look. The model’s outfit featured an envelope mini dress from the newly revived Polish brand Rage Age. Disrupting the girlish look were heavy black boots, producing a casual style in line with current trends. White socks sticking out of the military style boots and dark glasses were an added fashion touch.

Since her modelling career took off in 2007, Irina Shayk has remained among the world’s top stars. Over the course of her career, she has appeared on the covers of nearly every global edition of Vogue. In recent years, the model has starred in ad campaigns for Versace, Calvin Klein and Burberry, to name just a few iconic fashion names. She has over 18 million followers on Instagram.

This spring, Irina Shayk became an ambassador of the Rage Age brand revival. Together with the world famous male model Jon Kortajarena, she took part in a shoot in Warsaw, heralding the brand’s return for the spring-summer 2022 season. The modelling legends posed for the camera of Rémi Lamandé, a French photographer and director working for the Louis Vuitton and Miu Miu labels, among others.

Rage Age clothing and accessories are available from the MODIVO.pl online platform and mobile app. 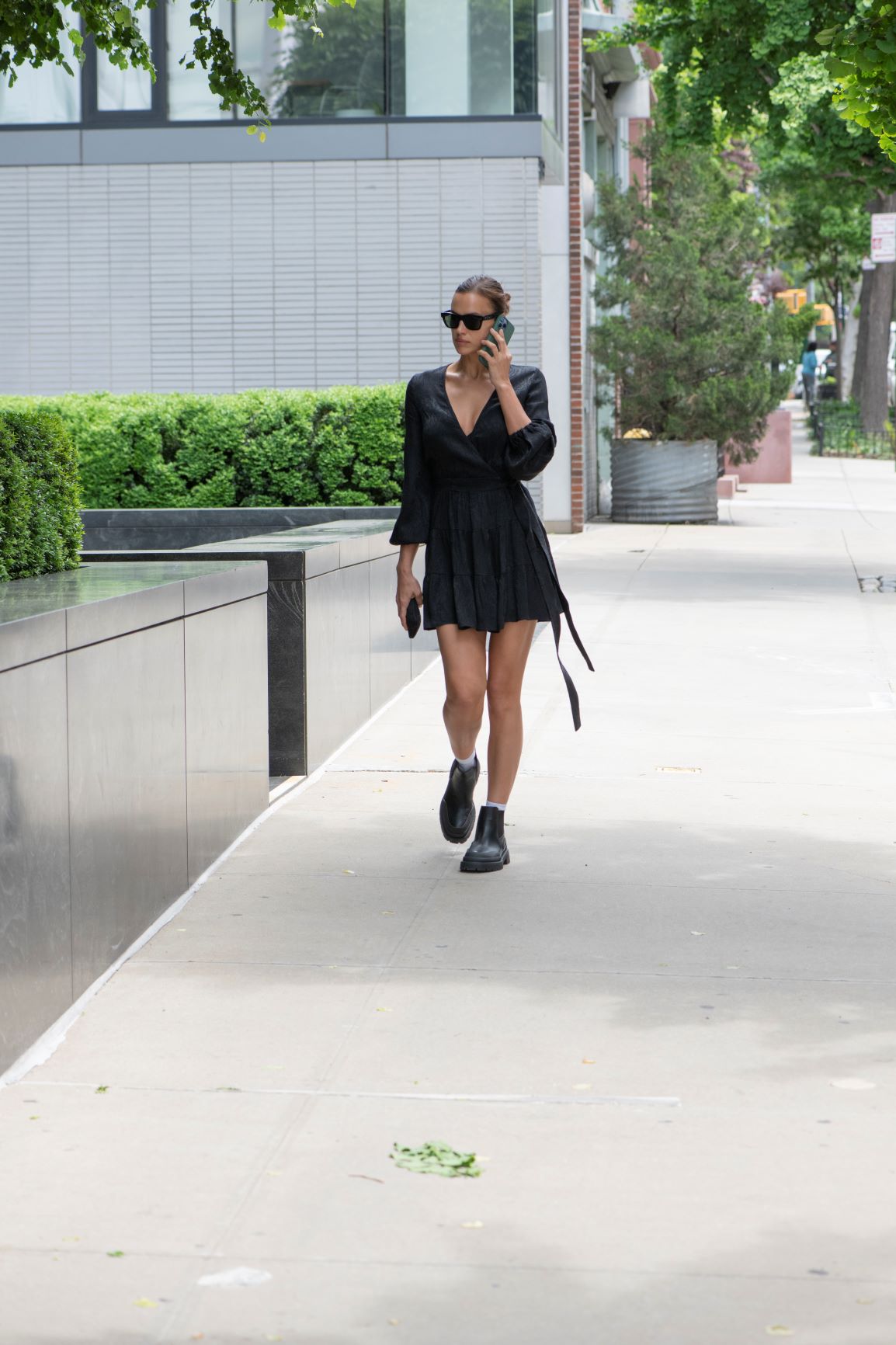 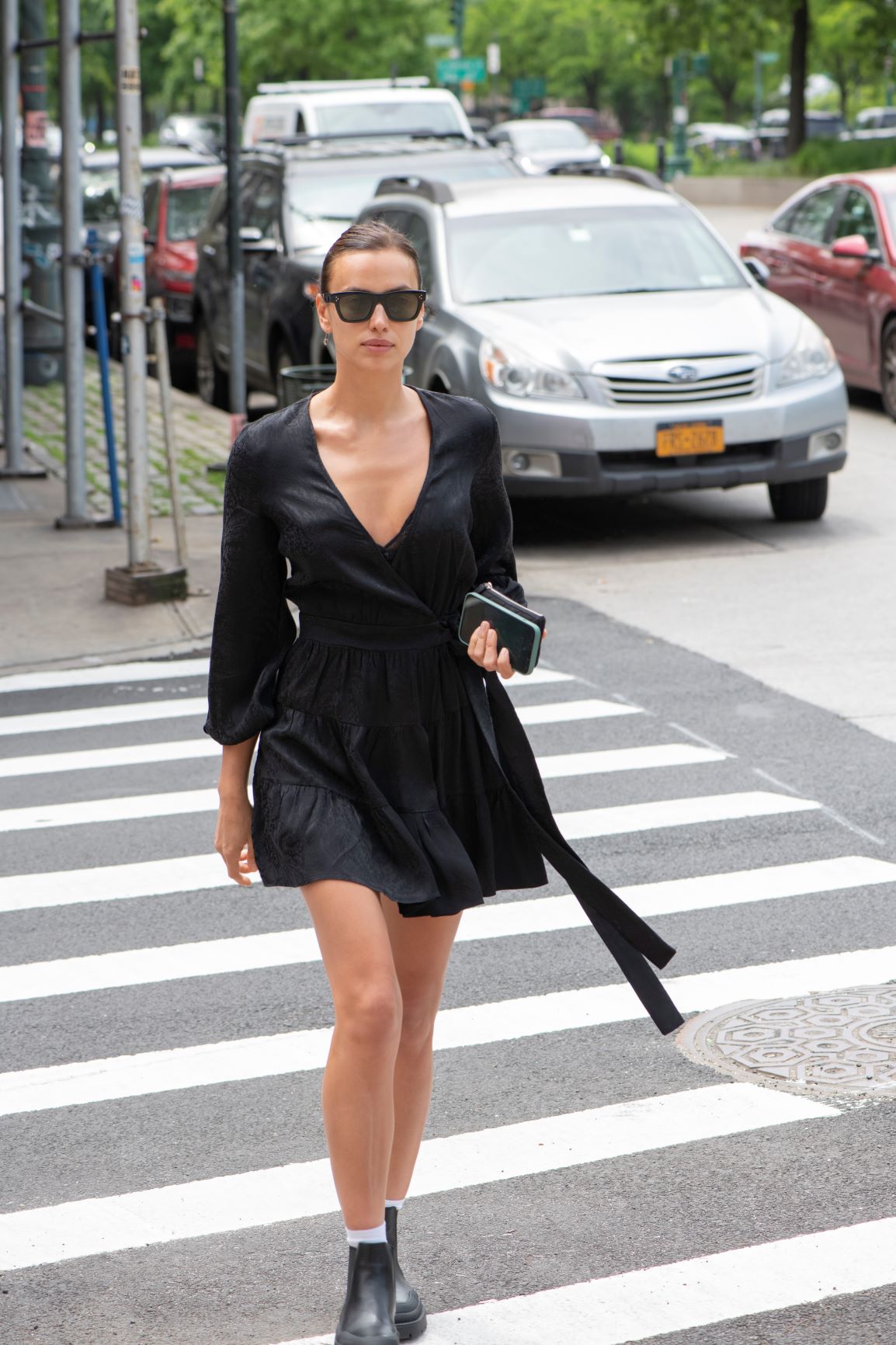 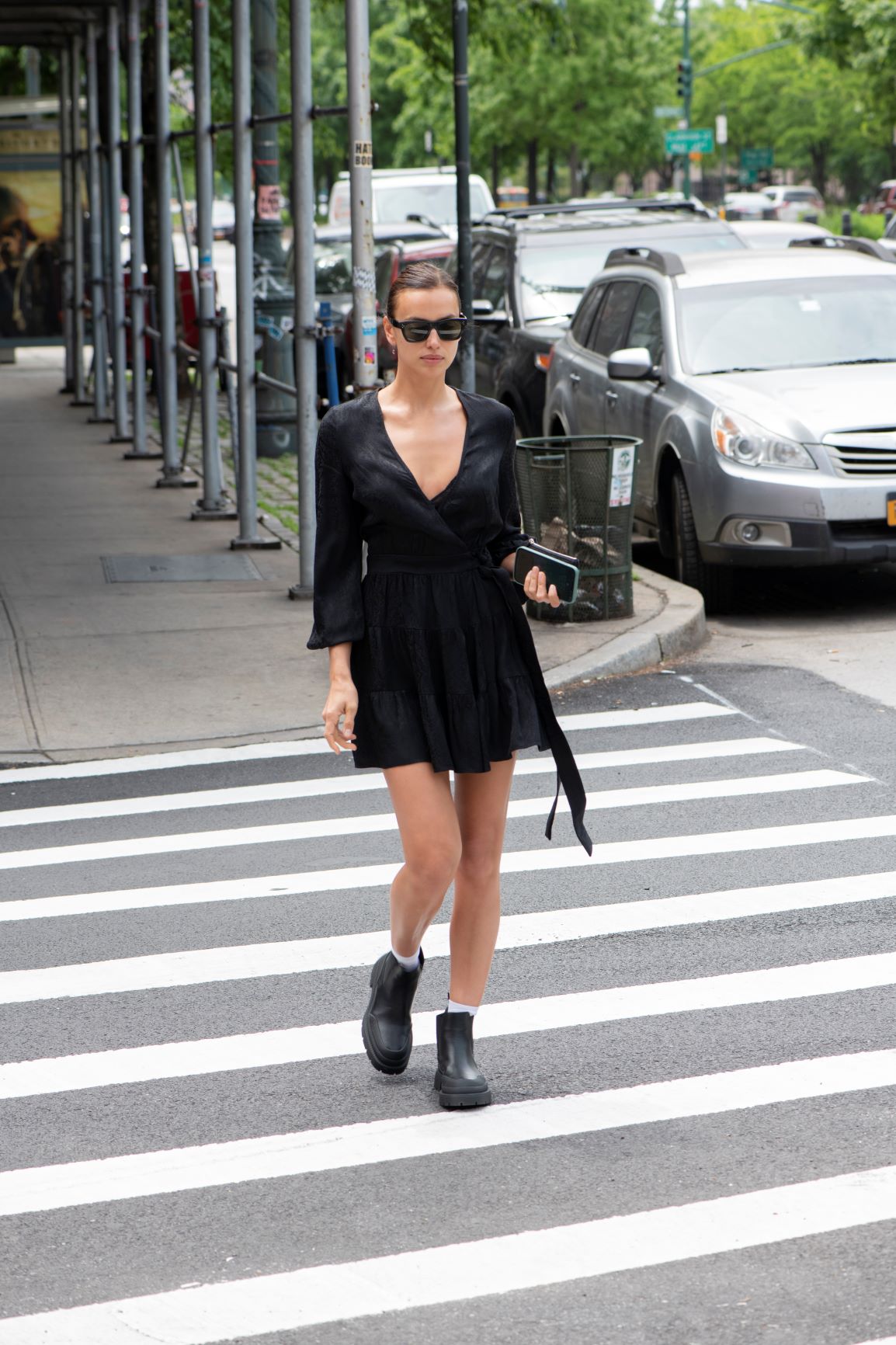 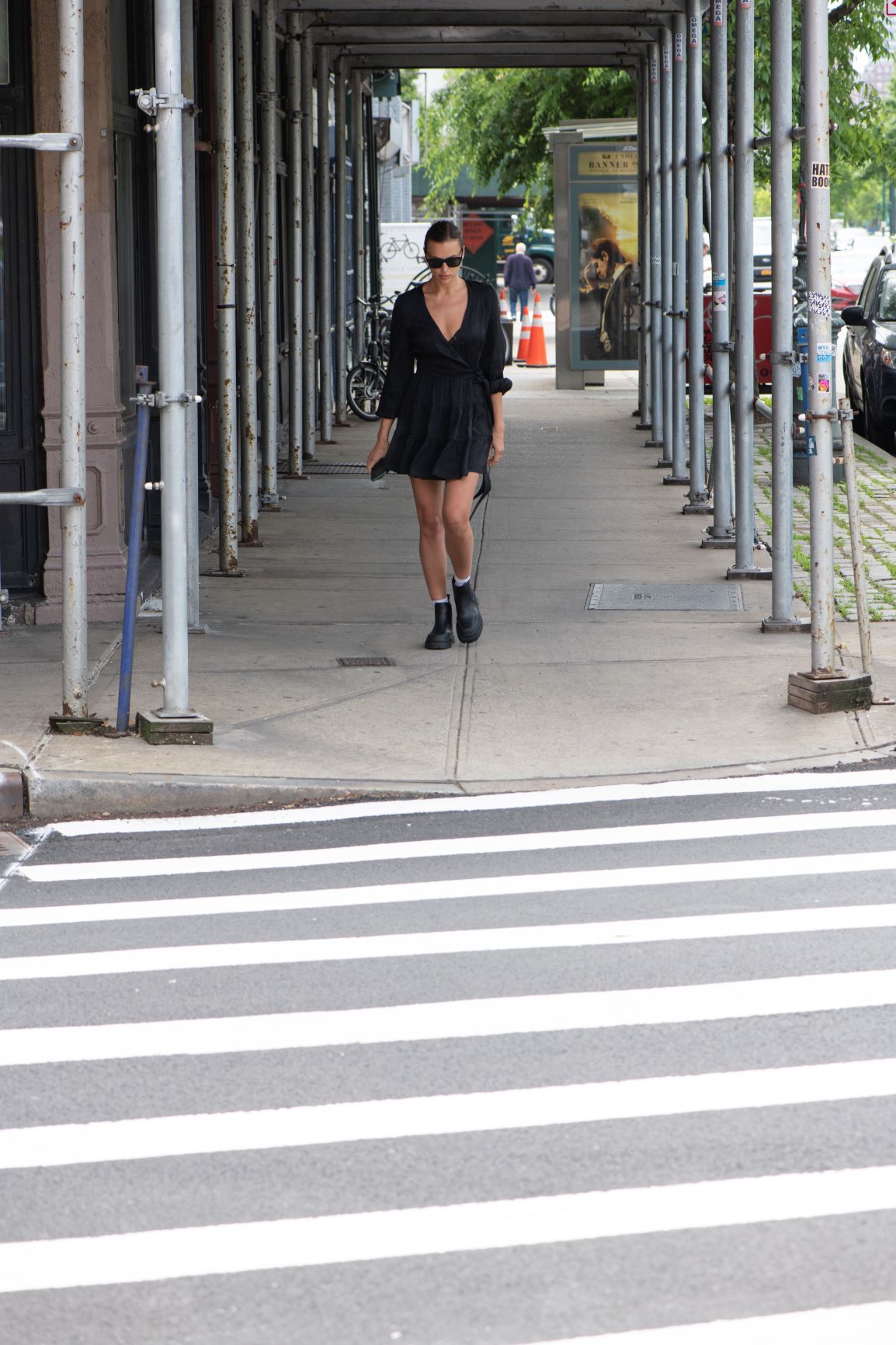 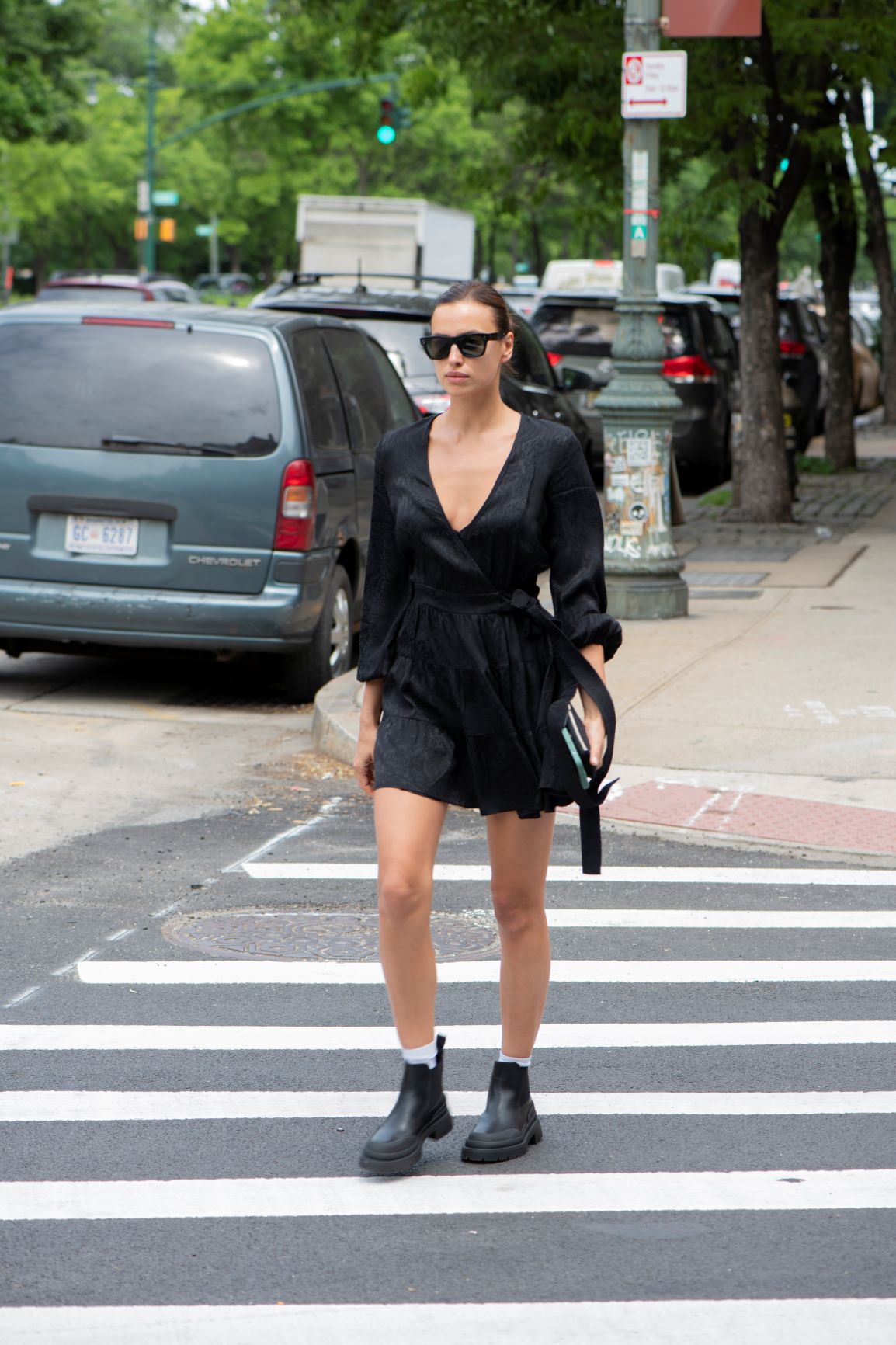 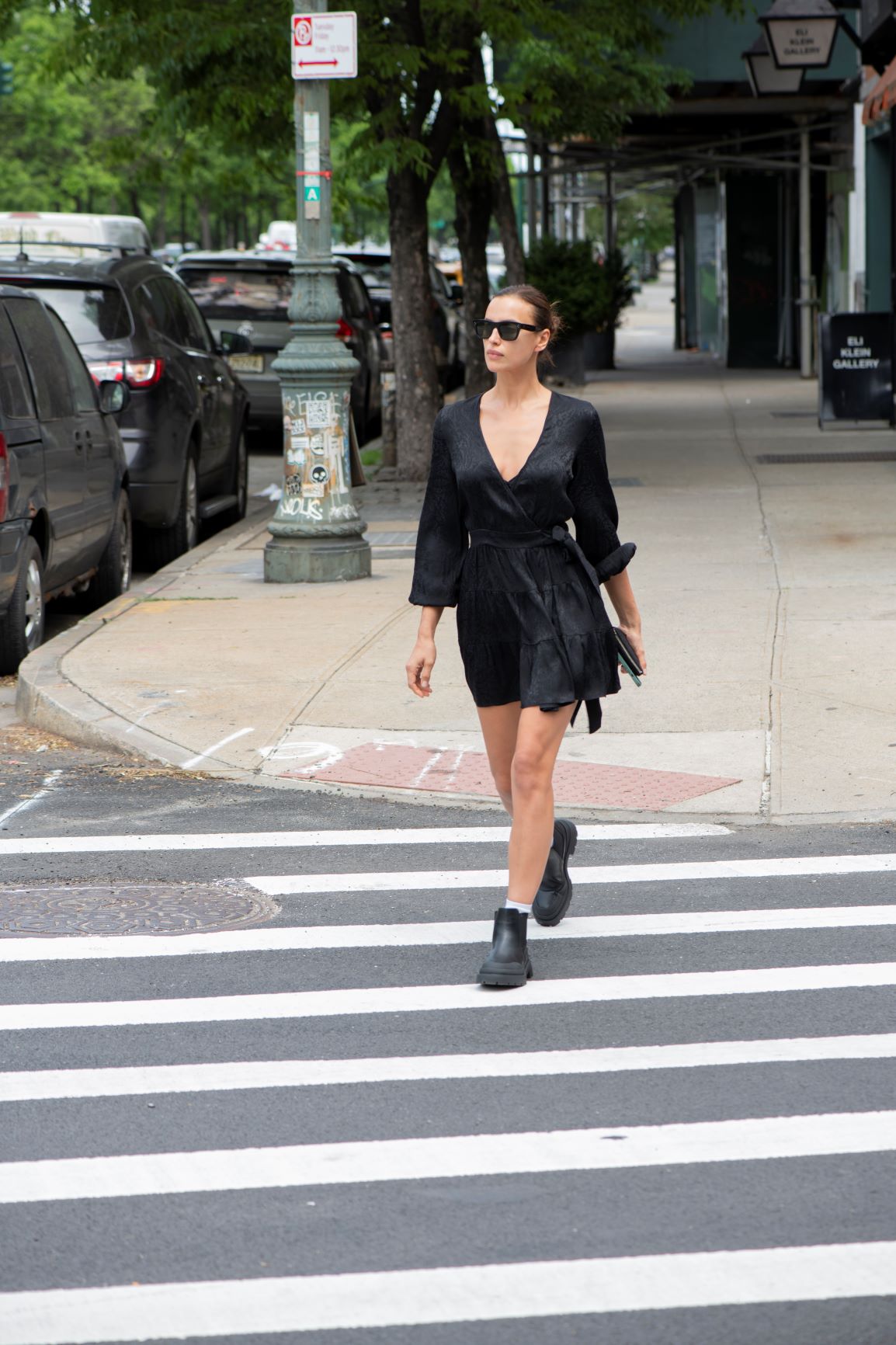 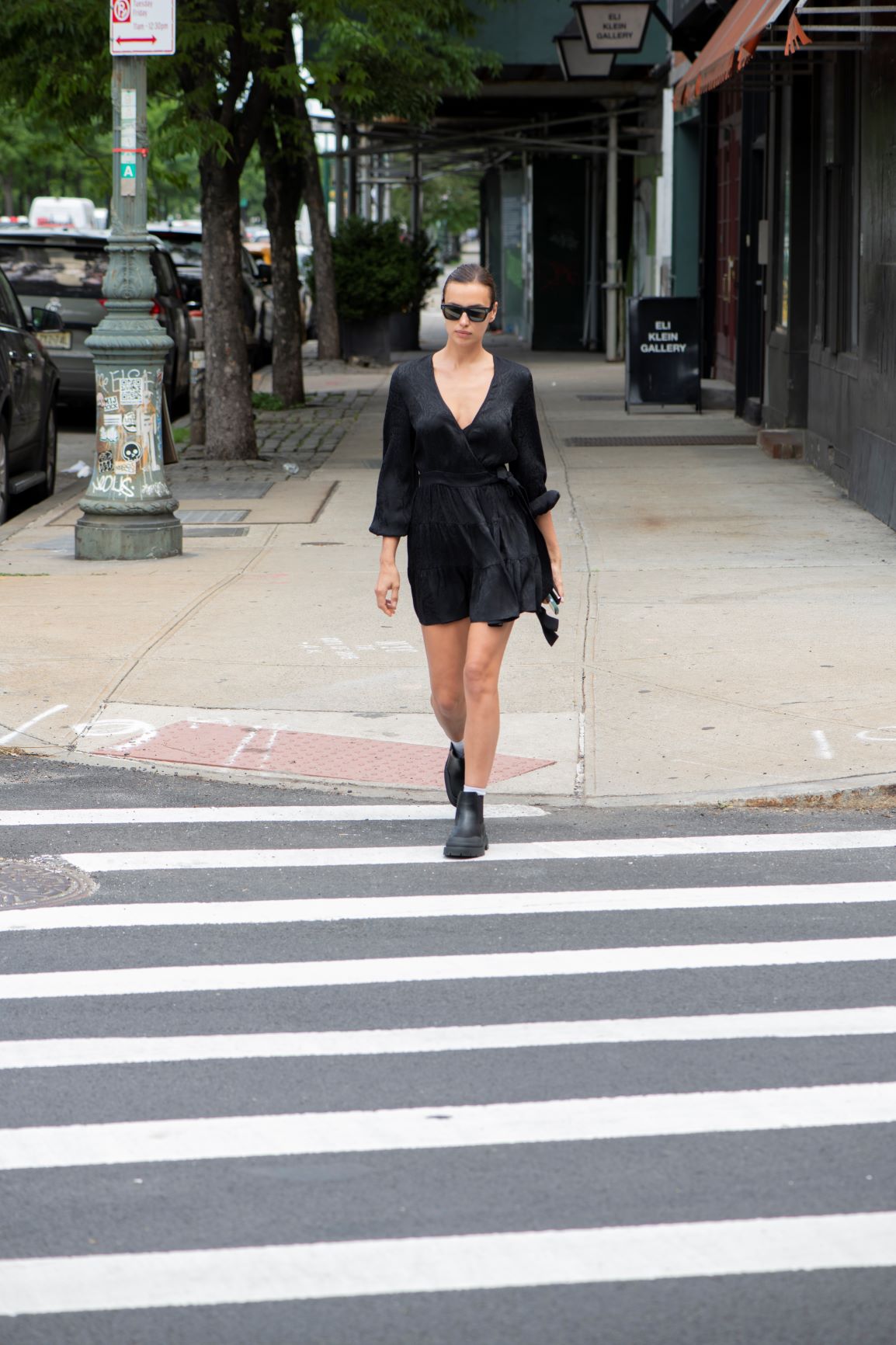 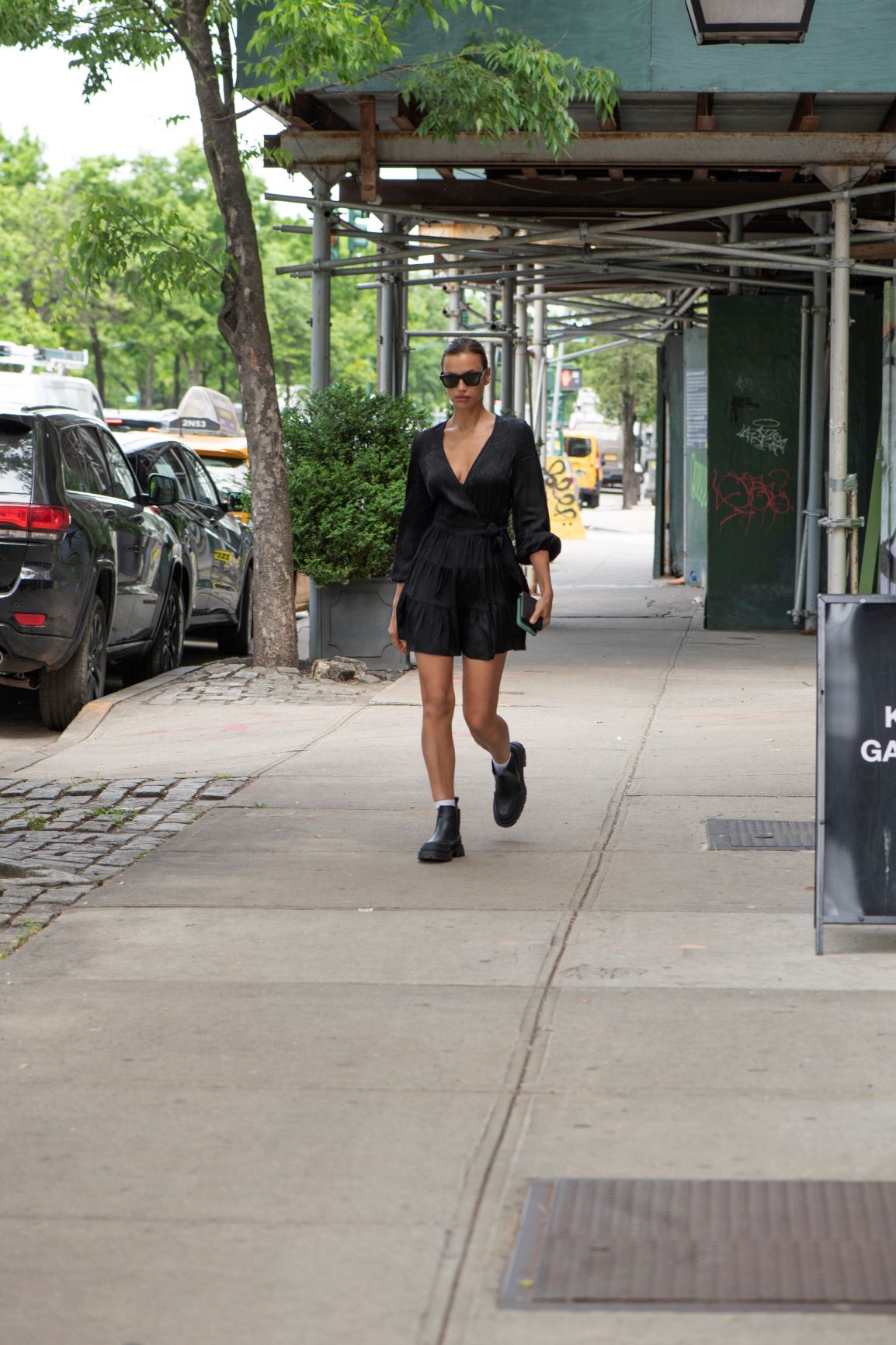 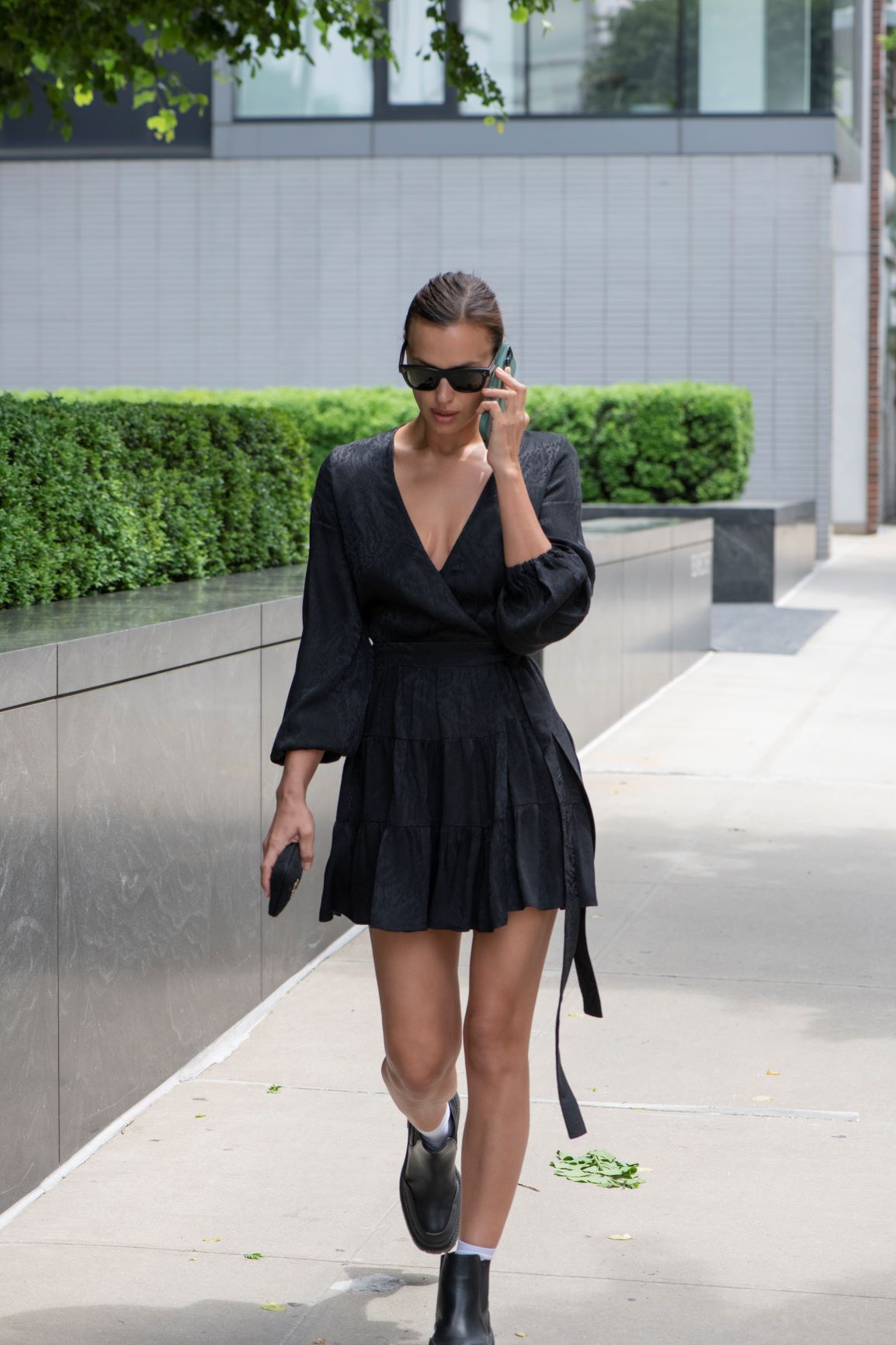 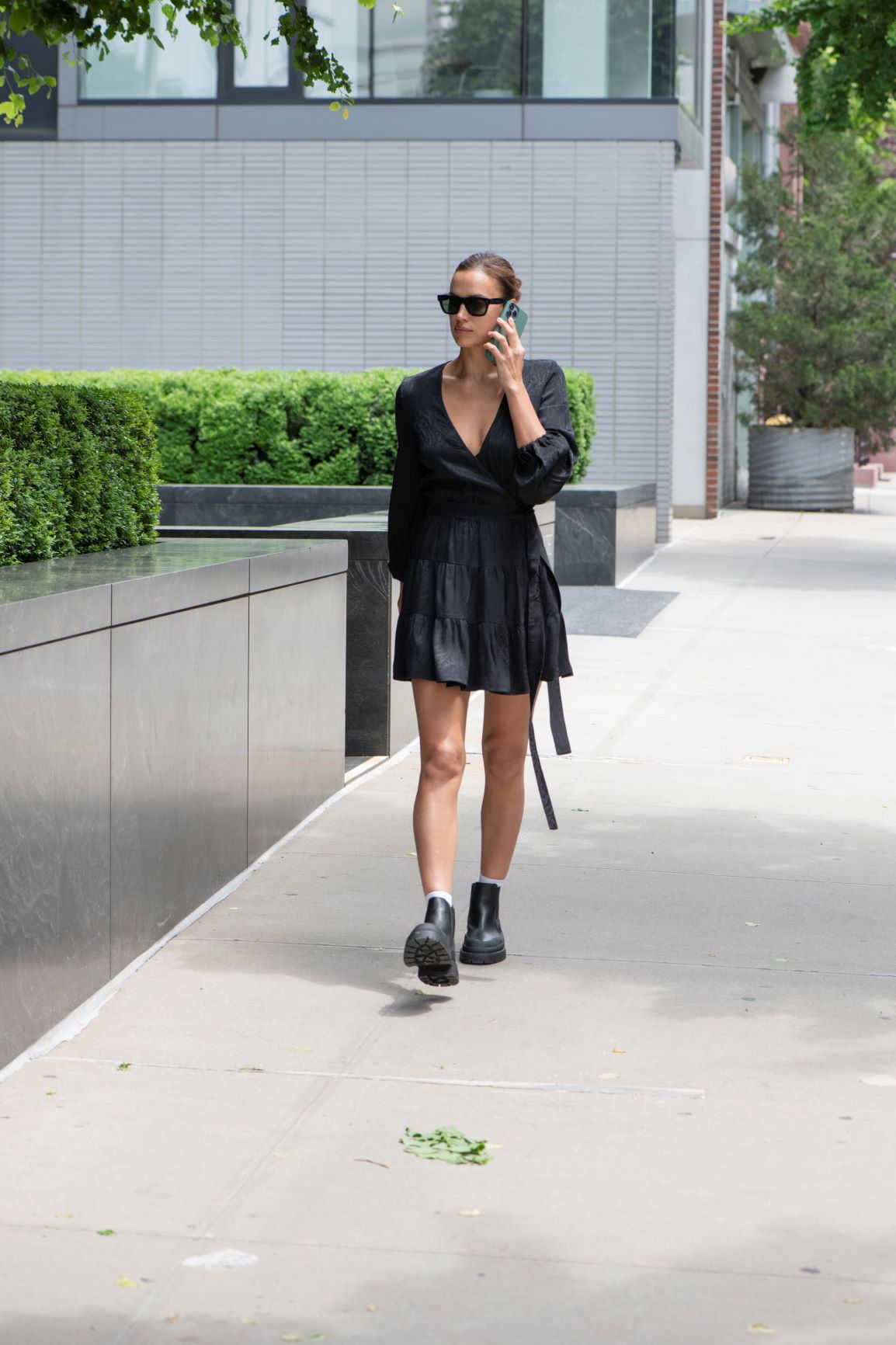 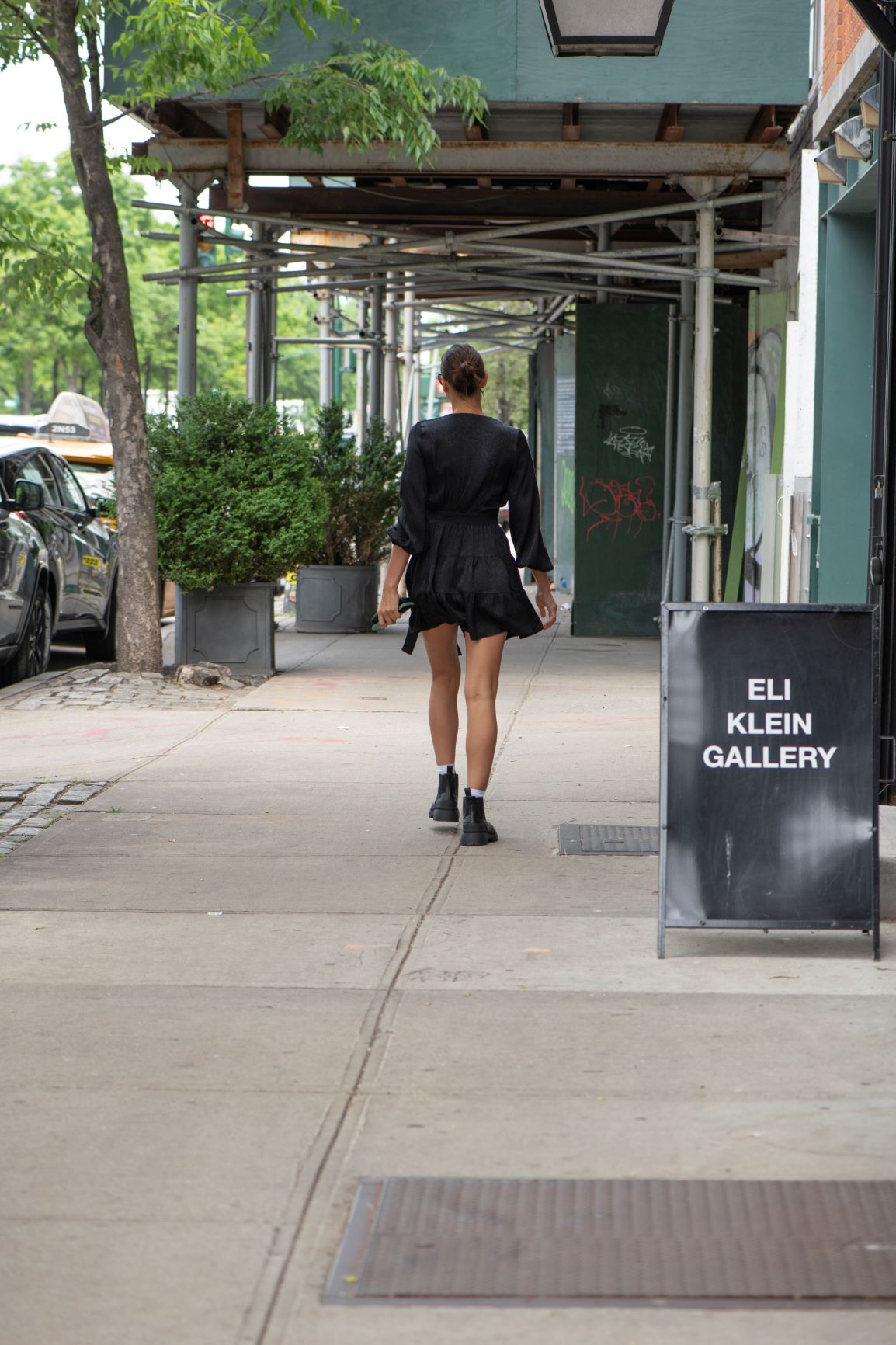